Australia, Canada and Norway also targeted by year-long ban on fresh fruit and vegetable imports from the EU and US 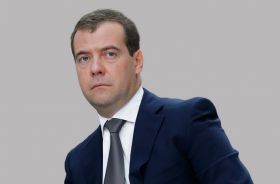 Russian Prime Minister Dmitry Medvedev has signed a decree that makes official an expected ban on a broad range of foods including fresh fruit, vegetables and nuts from the EU and the US, with Australia, Canada and Norway also targeted by the blockade.

According to the Russian news agency Interfax, the ban came into force on 7 August and will last for one year, although Moscow said it may review the situation if economic sanctions imposed by those countries targeted were to be lifted.

“Pursuant to the Decree of the President, I have signed a government decree,” Medvedev announced. “Russia introduces complete ban on the supply of beef, pork, fruits and vegetables, meat, poultry, fish, cheese, milk and dairy products.”

Medvedev also warned against any attempt within Russia to capitalise financially from the import ban: “I would like to warn everyone - trying to [make] speculative money on this situation will be severely suppressed.”

The list of products banned from the US, EU, Canada, Australia and Norway includes fruit, vegetables, edible roots, tubers and nuts.