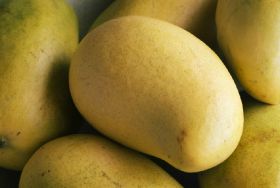 Pakistan has exported some 41,000 tonnes of mangoes to key export markets so far this year, but further shipments could be hit by unfavourable weather conditions in the production region of Punjab, which produces 65 per cent of the country's mangoes.

The country's Fruit and Vegetable Exporters, Importers and Merchant Association (PFVA) has reported that almost 70 per cent of the crop in Punjab has been hit by climatic issues, including extreme hot weather which is being blamed on global warming.

PFVA's Waheed Ahmed told The Nation that the damage suffered means the country is unlikely to hit its export targets this year, despite bringing in US$22.5m already in 2015.

Ahmed said that mangoes were being sold at the higher price of US$550 per tonne this year, compared with US$300 per tonne in 2014.

The fruit's main export markets have included the UAE, other Gulf States, central Asia, the EU, US, Canada and Australia.