Italian production set to rise by 9 per cent, with double-digit increases forecast in other European countries 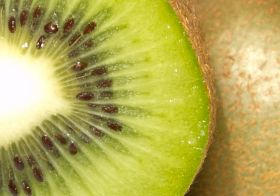 Europe’s major kiwifruit-producing countries are forecasting a 9 per cent annual increase in Northern Hemisphere production this season, bringing the anticipated volume of fruit to almost 800,000 tonnes in 2015-16.

During a presentation to members of the Italian kiwifruit business in Verona on 7 October, Tomas Bosi of research and marketing agency CSO said Italy’s own production was likely to be around 538,000 tonnes – 9 per cent higher than in 2014 and 18 per cent above the average figure for 2010-13.

Double-digit increases forecast in France, Greece, Portugal and Spain would also contribute to the overall rise, he added.

As reported on the Italiafruit News website, production areas for kiwifruit are smaller this year in the Veneto, Emilia-Romagna and Piedmont regions, stable in Lazio and expanding in the south, notably Calabria and Campania.

Production in Lazio, Italy’s largest kiwifruit-producing region, however, is estimated to be 26 per cent higher than last year at 174,000 tonnes.

In Veneto, meanwhile, increased incidence of root asphixia has reportedly rendered around more than 400ha of kiwifruit production completely unusable and a further 540ha with no more than 50 per cent of their normal yields.

The outbreak, which is understood to have become more widespread in the last 12 months, has resulted in damage to crops worth €100m, authorities suggest.

This article was updated on 9 October to correct the name of the condition affecting kiwifruit trees in the Veneto region.