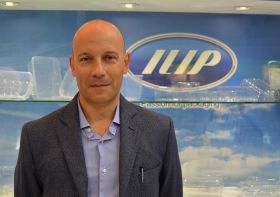 Italian fresh produce packaging supplier Ilip says it has renewed cause for optimism as far as its commercial prospects in North America are concerned, thanks mainly to the strength of the dollar against the euro and an overall upturn in demand especially in the US.

The company has opted to take part in the upcoming PMA Fresh Summit, which takes place on 23-25 October in Atlanta, for the first time in five years and will exhibit a whole range of fruit nest trays and clamshell punnets for grapes, a category it says is showing strong sales in the US.

“The American market has a significant potential for this type of packaging, and we’re sure we’ll meet with interest in the possibility of supplying compostable PLA packaging and products 100% made of super clean r-PET”, explained Mauro Stipa, Ilip’s export sales manager for fresh produce packaging.

Ilip will also display a wide range of heat-sealable r-PET punnets, such as its TS series, which is designed to protect sensitive produce such as berries and cherry tomatoes throughout the supply chain.

“For us, attending PMA is crucial: it’s the most professional window in the world of American produce,” Stipa added. “We are becoming more and more focused on exporting our products, and these trade fairs boast not only American operators, but also hundreds of contacts from Central and South America, Canada, and Asian countries.”