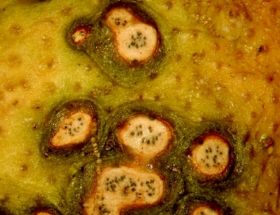 For the last three years, South African citrus exports have been prohibited from entering the EU due to black spot issues, but Dutch organics specialist Eosta has questioned whether the grounds for the ban are in fact sanitary or purely protectionist.

Eosta director Volkert Engelsman has pointed out that the ban kicks in at the same time that the European citrus season starts, while citrus imports from South America, which apparently experiences significantly higher black spot interceptions than South Africa, have not been stopped.

Engelsman also stressed that black spot was merely a cosmetic disease that did not affect the fruit’s eating quality and presented no health hazard to consumers or trees.

However, the economic impact for growers in South Africa, who have been unable to reach the European market for long periods, has been enormous.

"The import ban is disputable from a scientific point of view,” said Engelsman. “The disease cycle of the fungus is of such a nature that the disease cannot spread to trees from the lesions contained on mature fruit. Furthermore an international expert panel of scientists pointed out in 2013 that there is no risk of transmission to European climates. The fungus simply does not occur in areas with a Mediterranean climate."

Such inconsistencies have led Engelsman to suspect protectionism on the part of the EU, he revealed. "South Africa and Spain are the largest citrus producers in the world,” he said. “Seeing that only imports from South Africa are affected, one wonders if this is really a sanitary measure, or a disguised trade barrier. It looks a lot like the EU wanting to protect southern European citrus growers. At the same time one wonders why citrus from Argentina has not been stopped in spite of higher hit rates on smaller quantities."