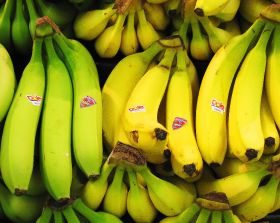 The appointment follows the departure in spring 2015 of Johan Linden, who transferred to the US to become Dole’s new president and chief operating officer.

Esquivel has been at Dole for a decade. Having spent three years as general manager of Dole Fresh Fruit South, he became managing director of Dole Romania in June 2009 and then general manager for the group’s developing markets and supply chain two years later.

Since May 2014, Esquivel has been MD of Dole Italia.

Dole Food’s vice-president of marketing and sustainability Xavier Roussel confirmed Esquivel was preparing to relocate from Paris to Hamburg in order to take up the new role.

A new managing director for Dole Italia will be appointed in due course, he added.