No reaction from Russia

Turkish losses continue to mount as a result of the ban from Russia, with Russian officials highlighting the need to support domestic production 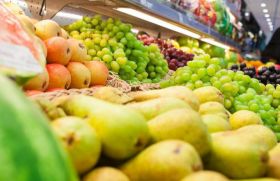 As a result of Russia’s ban on many Turkish food imports, Turkish companies lost an estimated US$209m in the first quarter of 2016 compared with the year before, according to Russia’s Economic Development Ministry.

The ban has been in place since the beginning of the year, following Turkey’s downing of a Russian jet on the border with Syria, severely affecting imports of citrus, grapes, topfruit, stonefurit, strawberries, tomatoes, cucumbers, cauliflower, broccoli and onions.

Recent official statements had prompted many to predict an imminent end to the ban, not least the announcement of consultations between the two countries’ phytosanitary authorities with the aim of removing trade restrictions on Turkish agricultural products.

However, as reported in Russian news agency Tass, agriculture minister Alexander Tkachev recently stressed that Russia was in no rush to re-open the market to Turkish produce, stating the need to continue supporting domestic producers.