As the number of tomato growers falls, Israeli production is sliding steadily, with exports suffering as a result of strong domestic demand 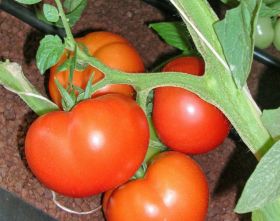 Tomatoes are a central product in Israeli horticulture, with only grains and potatoes commanding a higher volume. In recent years, however, the number of growers has decreased due to the low prices recorded on the domestic market, as well as other external factors.

The impact of this decline has mainly been felt by exports, owing to an increase in domestic demand. Exports have dropped significantly in recent years from 40,000 tonnes in 2009 to 12,000 tonnes in 2013, and to 9,000 tonnes in 2014/15, representing approximately 5 per cent of total production.

Exports are split between cherry tomatoes and round tomatoes, with the main targets remaining the Netherlands, Russia and Slovenia.