Bonduelle results "in line with objectives" 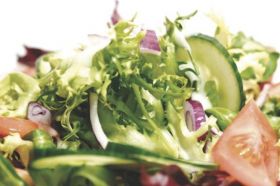 French salad and vegetable specialist Bonduelle has revealed its annual results for the full year of 2015/16, with its net result (at actual exchange rates) coming in 22.5 per cent lower at €53.7m and it turnover relatively stable, down 0.7 per cent to €1.97bn.

However, the group pointed out that, given the "ever-chaotic climate" – shaped by the lack of any upturn in consumption and price war in Europe, economic crisis in Russia and Brazil, and high currency fluctuations – the group actually reported on 12 months of growth of 2.4 per cent on a like-for-like basis.

The group's European zone, which represents 65 per cent of total turnover, showed "virtual stability" on a like-for-like basis, with the non-Europe zone saw growth of 8.2 per cent.

"Taking into account 2016's very difficult harvesting conditions in France, Russia, US and Brazil, with an estimated financial impact of €7m-8m, the group sets its current operating profitability objective at €98m-99m and its operating profit stable at €96m-97m, both at constant exchange rates, for 2016/17," the group noted.