Switching to organics in Greece

Greek firm Radiki Fruits is working to persuade Greek citrus growers to switch to organic production, as a means of boosting grower revenues and sustainability 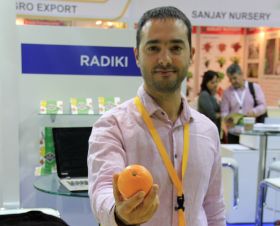 Radiki Fruits is a Greek company aimed at encouraging a more natural approach to fresh produce cultivation in the country. The firm works with global social enterprise Fairtrasa, which, according to Radiki’s Sotiris Lymperopoulos, has already worked extensively with Latin American producers.

“We want to do the same,” he told Eurofruit. “We persuade citrus growers in Greece to switch to organic, providing funding to help them with the three-year switch, in return for allowing us eventually to market and sell their fruit.”

Lymperopoulos stressed the financial motive for switching to organic. “Many people talk about organics in terms of the philosophy, but it’s really about improving people’s lives, and therefore the money side is crucial,” he said. “Europe is the second biggest buyer of organics in the world after the US. We want to make money and we want our growers to make money too.”

One aim, he said, was to make agriculture more attractive to young people. “They think differently from the old farmers,” he explained. “We need a new generation of farmers, otherwise Europe will quickly turn exclusively into an importer.”

Ecologically, there is a major incentive to switch to more sustainable forms of agriculture in Greece. “There are parts of Greece where you have to drill 300 metre down to reach water,” said Lymperopoulos. “If nothing is done, there will certainly be a water crisis in Greece in the future. The word sustainability is everywhere at the moment, but if you look at the numbers, organic production is dropping each year in Greece.”

The company started with ten growers, relying principally on word of mouth to spread the business. “They told 50 growers about how we conduct ourselves, who told another 200,” said Lymperopoulos. “So year by year, it’s growing. At first, the growers don’t believe in organic. In Greece, organic is barely consumed so they don’t see it around them. You can sell conventional fruit anywhere, but there are fewer opportunities for organic. I try to focus on the economic side. The conventional product might give the producer a gross margin of 30-40 per cent, whereas for organic it’s more like 80 per cent. It also gives you a competitive advantage.”

Lymperopoulos also sees an opportunity in the Middle East market, despite its low starting point. “Organic barely exists in the Gulf, but in 5-10 years, it will be big,” he said. “So we are investing in the future. Greek organic citrus production currently stands at around 12,000-15,000 tonnes. In 10 years, we are aiming for 60,000 tonnes. Greece is the third biggest citrus producer in Europe, so the growers are there.” 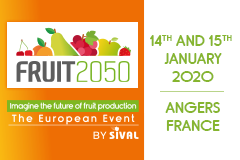