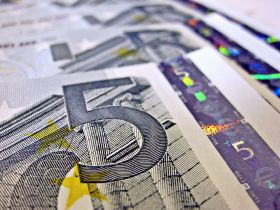 The new support package is worth around €70m

The European Commission has extended the support it offers fresh fruit producers in the EU affected by Russia’s ban on imports for a further year, adding a further €70m to the scheme’s budget and taking the allocation of those so-called exceptional measures up to at least the end of June 2018.

The measures, which were introduced after the ban was first imposed back in August 2014, are said to provide a safety net for producers who might otherwise struggle to find a market for their products as a result of the blockade.

The initiative will continue to compensate European growers who choose for example to distribute their excess product to organisations such as charities or schools, or who make use of it for other purposes, including animal feed, composting or processing.

European Commissioner for Agriculture and Rural Development, Phil Hogan, said the Commission had done “everything in its power” to support European producers negatively affected by the Russian ban.

“This latest extension sends yet another clear signal that we will remain firmly and fearlessly on the side of our farmers,” he commented. “These support measures go hand in hand with our ongoing work to modernise and simplify the CAP for the benefit of both our farmers and our wider European society.”

According to the Commission, its own regular monitoring and assessment of the market has shown that the support measures have improved the market situation for non-permanent crops, typically vegetables.

Most of the production affected by the Russian import ban has apparently been redirected to alternative markets and market prices have stabilised as a result, it said.

However, since so-called permanent crops – fruit trees – are less able to adapt to changing situations, the new measures are specifically designed to help this sector.

Under the exceptional measures, individual producers benefit from higher rates of EU co-financing than under regular support measures.

Producers receive 100 per cent EU-funded support for withdrawals for so-called free distribution that avoids food waste – giving the fruit away to charity for consumption, for example.

Fruit that is withdrawn from the market but not actually consumed, or harvested before it is ripe, or not harvested at all, receives lower levels of support.

The scheme covers a maximum quantity of 165,835 tonnes of fruit, shared between four different types of trees: apples and pears, plums, citrus, and peaches and nectarines.

The measures cover 12 EU member states, with different withdrawal volumes applying to ensure that the financial support reaches the producers most in need.

In addition to the extension of these exceptional measures, European fruit and vegetables producers continue to benefit from other measures under the EU's common agricultural policy, including direct payments, rural development funding and financial support for producer organisations, reaching a total of around €700m a year.