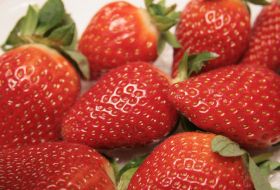 Egypt’s minister of agriculture and land reclamation, Abdel Moneim al-Banna, has revealed that a new system for exporting strawberries is to be introduced at the start of the country’s export season at the end of August, Egypt Independent reported.

The aim, Banna stated, was to increase the integration of Egyptian products into other markets by tracking export crops throughout the whole chain in order to guarantee that pesticide residue levels abide by international limits.

The move follows moves by Saudi Arabia and Iraq to restrict imports from Egypt due to concerns over pesticide residue levels.

According to Banna, the Central Administration of Quarantine has been instructed to tighten quarantine procedures on fruit and vegetables exported through Egyptian ports.

Meanwhile, the Agricultural Export Council issued a statement calling on exporters to adhere to these new measures. It revealed that the quarantine unit had instructed its employees in Egyptian airports and ports not to allow the export of any agricultural package from a company that has had its shipments rejected.

Such companies, the AEC stated, would need to go through a new process whereby the shipment is examined and samples collected for analysis, so that no more shipments are refused at the destination port.