In the absence of their main export market in war-torn Libya, Tunisia’s exporters are seeking alternative markets, with many pointing to the potential of the organic sector 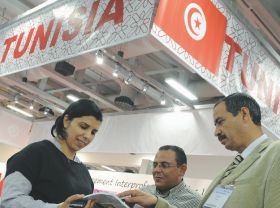 The role of Tunisia’s Agricultural Investments Promotion Agency (APIA), to promote investment in Tunisian agriculture, is perhaps more crucial now than ever. Neighbouring Libya’s descent into unruly chaos has resulted in a marked decline in overall exports from Tunisia, according to the ministry of agriculture. Exports fell by 25 per cent during the 2016/17 season compared with the year before, although revenues still managed to increase by 13 per cent to US$75m.

“We aim to drive foreign direct investment into the sector,” confirms Rachid Belanes of APIA, “as well as into technology and trade. “In Tunisia, we produce a wide variety of produce, including dates, olive oil, tomatoes, artichokes, apricots, pomegranates, citrus and potatoes.”

According to Belanes, Tunisia benefits from earlier production than in Europe thanks to its climate, while efforts are also being made to minimise production costs. “Our climate means that we arrive on the market earlier than Spain and France,” he says. “We also heat our greenhouses with water from beneath the desert. This decreases costs for our producers to help them to compete with exporters in Spain, Egypt and Morocco.”

In the absence of the Libyan market, Tunisia’s exports go to 20 different markets, including Japan, China, Russia, Saudi Arabia and Europe. “The Middle East is a good market for our pomegranates, olive oil and dates,” says Belanes. “We send direct to these markets. For the Gulf, we send by airfreight, for Russia by ship, and for Europe by both methods.”

For dates and olive oil, Tunisia boasts a sizeable production of organics. “We want to produce more organics,” states Belanes. “There are good opportunities for organic production in Tunisia. We are able to produce very naturally in Tunisia, so the switch to organic is quite easy for growers.”

Samia Maamer, director general of organic farming at the ministry of agriculture says that organics represent a new philosophy and a new approach in Tunisia. “Five pilot zones have been launched for organic production,” she says. “The great performance of the sector has been recognised internationally by the compliance certificate awarded to Tunisia for its organic sector, its control system and its development system. This recognition from the European Commission is very important.”

Boudjebel Group, Tunisia’s leading date exporter, sends more than 12,000 tonnes of dates to 40 countries. “We are first in the organic variety of Deglet Nour,” says the company’s chairman, Mohsen Boudjebel. “We have 13 producer associations and we have 700 farmers who are supervised throughout the year by our agronomists. We have seen very strong support from small producers. We are becoming very involved in the development of organic production.”

Fresh Del Monte is one major player planning investments in the country, including the opening of a trading office in Tunis. “This office will be primarily for the European market, as well as for North Africa,” says Mohammed Abbas, vice president for the Middle East and North Africa region. “We have been surprised by the high quality of the agronomists in the country. Tunisia should be sending to Europe, especially products like early grapes and winter vegetables.”