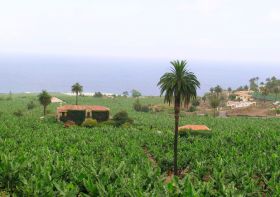 Canary Island banana producers have been forced to dump around 2,000 tonnes of the fruit in recent weeks, due to the impossibility of finding a market for it.

The annual practice, known as ‘pica’, comes during a period when high production coincides with low demand in the run-up to Christmas.

Producer association Asprocan said that prices are so low that they do not even cover the cost of shipping the fruit to the mainland, making its marketing unfeasible.

The situation has been compounded this year by a bigger surplus than usual caused by the high summer temperatures.

Not all of the bananas are destroyed, however. A large proportion is donated to food banks, while smaller quantities are is used in the manufacture of compost and organic fertiliser, or go for animal feed.

The Canary Islands producers more than 420,000 tonnes of bananas a year, of which around 2.5 per cent is not sold and ends up being destroyed unless alternatives are found.