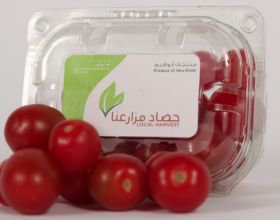 The Abu Dhabi Farmers’ Services Centre (ADFSC) has announced an agreement to supply fresh local produce to Elite Agro, a leading Abu Dhabi producer and distributor of fresh fruit and vegetables, according to Trade Arabia.

The agreement is expected to benefit consumers due to the increased buying power that a strengthened domestic supply chain brings.

“We aim to increase the farmers’ income through the marketing of their products to consumers in an attractive way. Prior to this stage, we strive to improve these products - whether agricultural or animal - so that not only the consumer approves of them, but they also meet and surpass the highest international standards. In addition, it is a move to enhance the competitiveness of domestic produce being a high-quality fresh product.”

ADFSC will supply a range of produce including tomatoes, bell peppers and cucumbers, while Elite Agro will ensure the produce reaches key retailers and consumers.

Statistics from analyst Euromonitor show that UAE consumers bought 3.3m tonnes of fresh food in 2017, with the market predicted to grow in the high single digits as the healthy living trend starts to sweep the UAE.

Meanwhile, the quality of local produce is now perceived by consumers as equal if not better than that of imports, especially when the carbon footprint is taken into account.

“The welfare of the people and the country is of equal importance to us,” said Al Marzooqi. “Making healthier and fresher food choices is a step in the right direction. With the increased demand for health-giving fresh products, we are committed to supplying a product that consumers need. By signing this agreement with ADFSC we have taken a decisive step towards meeting increasing consumer demand for local produce and have secured a consistent high-quality supply.”