France's white asparagus season has been held up by incessant rain and low temperatures, but the sun’s return has brought optimism 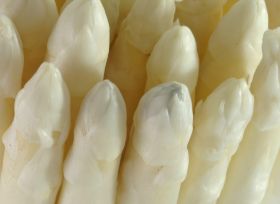 The French white asparagus season has been hampered by frequent rain and low temperatures in parts of the country this year, delaying the harvest and affecting quality, according to France Info.

“Since 10 December, we have had no more than seven consecutive days of sun,” said David Ducourneau, president of the union of asparagus producers of Les Landes.

According to Ducourneau, the rain and cold have combined to reduce production volumes by around a half.

Christelle Castagnède, an organic producer based in Arengosse, said that she had barely harvested 1.5 tonnes, whereas usually she would have around 3-4 tonnes a day. “We should be in the period when we beat the harvesting records,” she said.

The main effect of such climatic issues is on prices. Although prices in Les Landes remain reasonable at around €4.50 per kilo, some cities have seen prices hit €12, €15 or even €20 per kilo.

Asparagus from Camargue, a region located south of Arles, has arrived on the market around a fortnight late due to the weather conditions, reports France Info.

"You need it to reach a temperature of around 12oC in the mound of soil for asparagus to grow,” said Serge Amouroux, an asparagus producer in Aigues-Mortes. “It snowed a lot not so long ago, and since then it has been very cold. The asparagus has been slow to grow, and this year, it has arrived late."