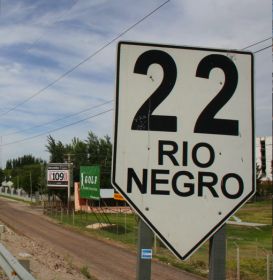 Apple and pear exports from Argentina’s Rio Negro Valley and Neuquén have been paralysed for almost a week because of a labour dispute involving Senasa.

The Argentine Chamber of Integrated Fruit Growers (CAFI) says more than 11,000 tonnes of fruit is stalled at customs because of a walk out by workers at Senasa, the body responsible for carrying out phytosanitary inspections and certifying shipments, causing estimated losses of US$10m.

The dispute is affecting fruit bound for all markets that require certifications to show that it is free from to pests such as fruit fly, including Brazil, the US, India and China. Together these account for around 50 per cent of the region’s export total.

The stoppage threatens to derail what was otherwise shaping up to be a positive season for exporters. A good quality crop, coupled with a more favourable exchange rate and lower Northern Hemisphere stocks has led to a strong demand for Argentine apples and pears.

The conflict centres on the dismissal of 213 workers, including at least seven in North Patagonia Regional Centre, as part of what unions are calling a ‘cull’ by Senasa of its national workforce, a claim denied by the plant health authority.

At a meeting on Thursday, unions demanded the reinstatement of the workers. Senasa is due to respond to the order on Friday.

CAFI is urging the parties to release exports while talks are ongoing so as not to cause further losses to the sector.

On Thursday the association sent a letter to agriculture minister Luis Miguel Etchevehere requesting that he intervene to end the deadlock.