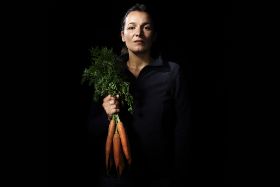 A campaign backed by French retailer Carrefour that called on the European Union to abandon restrictions on the sale of many different types of organic fruit and vegetable seed has apparently achieved a major breakthrough, following a decision by European agriculture ministers to relax EU-wide regulations that had been in place since 1981.

After the European Parliament approved the unrestricted marketing of farmers’ seeds in April, agriculture ministers from all EU member states agreed at a meeting of the European Council on 22 May to sign off on the plan, meaning that, from 1 January 2021, the seeds will no longer need to be listed on an official EU register in order to be sold.

According to a Carrefour press release, the previous European legislation banned "no fewer than two million varieties" of seeds grown in France alone, a staggering figure when considering that, according to FAO estimates, 90 per cent of the world’s cultivable varieties died out in the 20th century.

The result, Carrefour states, has been a decrease in the variety of diets and less biodiversity, something which apparently prompted it to launch its Marché Interdit (Forbidden Market) campaign.

“Last September, Carrefour joined producers in their fight to make fruit and vegetables grown from farmers' seeds available to consumers and called on the public authorities to get the law changed,” the group explains.

Having encouraged members of the public to sign an online petition at Change.org demanding that the EU restrictions be removed, Carrefour now appears ready to sign long-term agreements with producers in order to develop the sale and marketing of such varieties in future.

To that end, its Carrefour Foundation has established a Farmers' Seeds Company, which has so far raised around €1m in funding. The result could be even more diversity on the retailer’s fresh produce shelves in future.

“New varieties are now sold in our stores: it’s a source of pleasure for our customers and of enormous pride for us,” it comments, before adding: “These are seeds that farmers select themselves and then cultivate from one year to the next. As real experts, they are able to exploit the full potential of a seed grown in different climate and soil conditions. The resulting fruit and vegetables are all different out in the field. This practice is essential for maintaining the planet's biodiversity.”