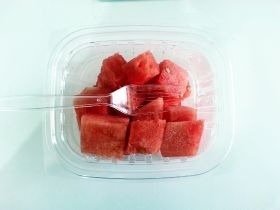 Housing the country’s capital, Mumbai, the state of Maharashtra implemented a ban on a number of plastic packaging on 23 June. According to The Hindustan Times just 12 days after the ban, a reported 355 plastic and thermocol (styrofoam) manufacturing units have closed down voluntarily.

A further 265 units producing plastic containers, sheets, plates, straws, and other banned products have also voluntarily shut, while 90 others were issued with government closure notices.

On March 23, the Maharashtra government issued an official notification banning the production, use, storage, distribution, wholesale, retail, import, and transportation of a list of plastic and thermocol products.

This week, a revised notification was released asking fast-moving consumer goods manufacturers to stop producing non-recyclable multi-layer packaging. The details of this notification are still in motion.

Reportedly, some packaging manufacturers will be allowed to continue producing recyclable multi-layer packaging, or recycled plastic products. A secretary from the pollution control board has stated that an in-house registration portal and recycling licenses will be available within the week.