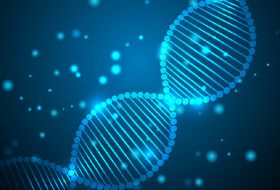 The European Court of Justice (ECJ) has ruled that crops and food created using gene-editing techniques should be subject to the same regulations as those governing genetically modified organisms.

The verdict goes against the wishes of agribusiness, which views new technologies such as CRISPR as distinct from conventional genetic engineering.

While traditional genetic modification involved taking a gene from one species and transplanting it into another species, NPBTs (new plant breeding techniques) instead manipulate the genes within a single genome by activating or silencing genes.

However, the ECJ has taken the decision to treat both processes the same since both alter the genome to create a new organism, with uncertain outcomes and possible unintended consequences.

Kai Purnhagen, a legal scholar at Wageningen University and Research in the Netherlands, told the journal Nature: “It is an important judgment, and it’s a very rigid judgment. It means for all the new inventions such as CRISPR–Cas9 food, you would need to go through the lengthy approval process of the European Union.”

According to Purnhagen, the decision was likely to hinder investment in crop research using these tools in the EU. However, he said that the ruling did leave open a possible loophole, if gene-editing techniques could be proved to be as safe as mutagenesis techniques already exempted from the law, such as irradiation.

Corporate Europe Observatory’s agribusiness campaigner, Nina Holland, described the verdict as a “big victory for the environment, farmers and consumers”.

“It clarifies that EU decision makers have to ensure that products from these new techniques are assessed for potential food safety and environmental risks, and that they are properly labelled as GMOs,” she said. "This ruling also means that the secret, unregulated field trial currently run in Belgium is illegal. The CRISPR-technique does in no way have a ‘history of safe use’, and the plants used in this trial are undoubtedly GMOs. Belgian authorities should act accordingly and halt this trial."

Emma Hockridge, head of policy, farming and land use at the UK’s Soil Association, also welcomed the judgement: “The outcome of gene editing is to manipulate and alter the genome in a laboratory to make a new organism. This is the very definition of genetic engineering, and gene editing risks introducing similar uncertainties and unintended consequences as genetic modification of DNA.

“This has just been confirmed – the CRISPR/Cas9 method being examined by the European Court is less predictable than expected. The leading journal Nature published a study that shows that the technique ‘causes many profound mutations and DNA damage’.”

According to Hockridge, suggestions that the verdict would harm innovation in the farming sector were wide of the mark, arguing that an over-concentration on GM research had actually hindered research into other more practical solutions.

“Soil Association will continue to encourage the cultivation of open pollination seeds, which can help farmers adapt to a changing climate by breeding drought- and pest-tolerant plants,” she said. “Breeding crops in this way has proven to be lower-cost, faster and more effective than GM, particularly when informed by new technologies like Marker Assisted Selection, based on our new knowledge of the genome.”