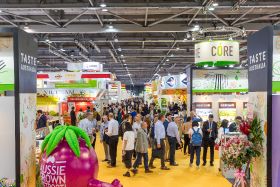 Some 13,500 trade visitors poured through the doors of Hong Kong’s AsiaWorld-Expo Center on 5-7 September, marking a healthy increase in attendance on last year’s edition.

The vast majority (90 per cent) of trade visitors confirmed a positive impression of this year’s trade show, according to visitor survey results. The results also confirmed the high quality of trade visitors, with 89 per cent holding leading management positions in their companies, and 87 per cent closely involved in the purchasing and procurement decision-making process.

Visitors found an exhibition that had expanded again, with overall floor space growing by 10 per cent on last year’s edition. Exhibitor numbers saw a further increase to 826 companies representing 46 different countries and all continents. The number of national pavilions also increased this year, with some 27 countries featured.

Close to half of all exhibitors at Asia Fruit Logistica came from Asia and Oceania. Europe accounted for 23 per cent of exhibitors, followed by the Americas with 16 per cent, and the Middle East and Africa (12 per cent).

While China remained the single-largest exhibiting country, Asian supplying nations such as Korea, the Philippines and Indonesia stepped up their presence.

South Africa, Canada and the UK also enlarged their presence significantly, while Algeria, Azerbaijan and Serbia exhibited for the first time.

These sectors were well represented at the Asia Fruit Logistica Hall Forums – Asiafruit Business Forum, Cool Logistics Asia and Smart Horticulture Asia. Taking place on the show floor, the Hall Forums were free to attend for all visitors, and provided valuable information and takeaways on a range of subjects. 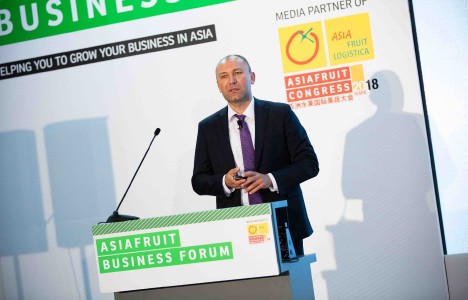 Each morning at Hall Forum 2, Cool Logistics Asia offered a programme of workshops on perishable logistics and cold chain management. Each afternoon, the focus switched to hi-tech horticulture with Smart Horticulture Asia, which explored the latest disruptive technology and digitisation.

More than 10 per cent of all trade visitors to Asia Fruit Logistica attended the Hall Forums. Sessions on packaging, cold chain investments and blockchain attracted the highest numbers.

Taking place the day before Asia Fruit Logistica, Asiafruit Congress celebrated its 20th anniversary with a bumper crowd. More than 450 delegates from 41 different countries attended Asia’s premier conference event on 4 September, marking a 20 per cent increase on last year’s edition, and a record number since the event moved to AsiaWorld-Expo in 2012.

Asiafruit Congress kicked off with a look back on two decades of change in Asia’s fresh produce business with an expert panel including ANZ Bank’s Patrick Vizzone, Noel Shield of Joy Wing Mau Asia Holdings and Stemilt’s Bill Young. The diverse programme also covered current and future trends, from supplying Asia’s retail market of the future, to new opportunities in markets such as India, Indonesia and Korea. 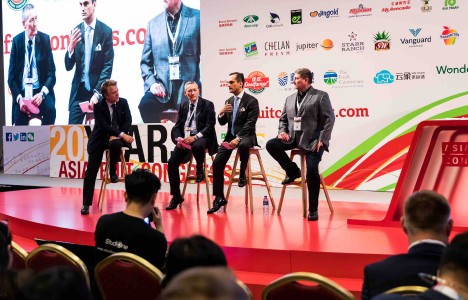 Delegates to Asiafruit Congress received the first copies of the Asiafruit Congress Statistics Handbook. The unique statistical guide to Asia’s fresh fruit and vegetable business covers 11 different markets and this year’s edition featured analysis of the volumes of fruit imported by each market compared with 20 years ago when Asiafruit Congress launched.

The winners of the 2018 Asia Fruit Awards were also announced at the Asiafruit Congress.

The Chilean Fruit Exporters Association and its Chilean Cherry Committee won the ‘Marketing Campaign of the Year’ for their high-profile promotional campaign for Chilean cherries in China during 2017/18. Indian importer IG International took out the ‘Importer of the Year’ Award, Indonesia’s Ranch Market won the ‘Produce Retailer of the Year’ while the inaugural ‘Impact Award’ went to industry stalwart Dalton Thomas, who recently retired from Oneonta Starr Ranch Growers. 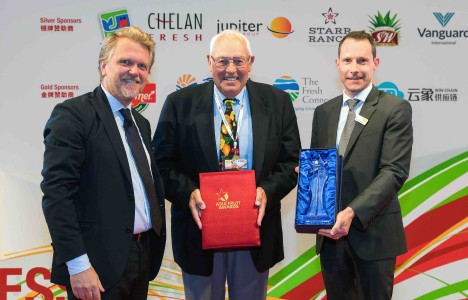 New for this year, the Media Studio Asia Fruit Logistica added a fresh dimension to the show, featuring quick-fire interviews on the show floor with key industry figures on a range of exciting developments and innovations.

“With a clear focus on quality content and commercial engagements, we are pleased to have captured key voices from the trade in the Media Studio videos. Videos are available online for those who were too busy on the trade show floor, or unable to join this year’s edition,” said Wollbold. 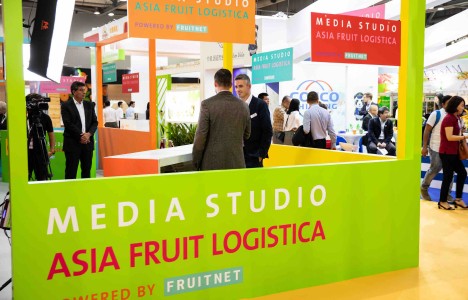 With healthy development on all fronts, Asia Fruit Logistica confirmed its position as the unique continental platform for the growth of the fresh fruit and vegetable business across more than 20 key Asian consumer markets, Wollbold added.

“We’re best positioned in Hong Kong at the centre of the Asia region, which is expected to grow significantly over the next decade and make up over 50 per cent of consumer spending on fruit and vegetables worldwide by 2030.”