The Egyptian exporter is readying to open a new factory dedicated to frozen produce, including strawberries, peas and carrots 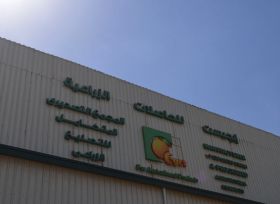 Egyptian exporter EGCT for Agricultural Products has revealed plans to open a new factory for frozen fruit and vegetables in September, following investments worth EGP80m (€3.8m), according to Daily News Egypt.

Chairman Mohamed El Desouky said that the plan was to begin exports from the factory in September, with target markets including Germany, Russia, southern Europe and Japan.

The factory boasts a capacity of around 80 tonnes a day, with products including frozen strawberries, peas and carrots.

The company exported approximately 52,000 tonnes of produce this year, of which 90 per cent was citrus.