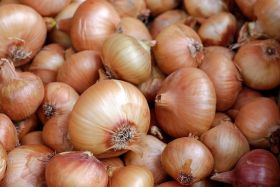 Turkish authorities opened their own markets in the country’s two largest cities this week in order to sell cheap vegetables as a response to the spiralling costs seen in retail outlets.

In Ankara and Istanbul, shoppers formed long queues to purchase onions, tomatoes and peppers at close to half the price, with a maximum of three kilos of goods allowed per person.

“No more swindler sellers any more,” one shopper told Xinhua. “Can you believe that price of green pepper is 16 Turkish lira at the market, and here it is 6 lira?”

Some traders blamed storms in southern Turkey for the price increases, as well as rising costs of labour and transport. Others spoke of increases in plastic bag prices, stall fees, taxes and fuel prices.

Meanwhile, president Recep Tayyip Erdogan, whose AK Party is preparing for next month’s local elections, pointed to the actions of the traders themselves.

“This was a game,” he said in a speech this week. “They started manipulating prices, they tried to make prices skyrocket. This was an attempt to terrorise.”

Agriculture minister Bekir Pakdemirli revealed that the project would carry on for as long as was needed, potentially becoming permanent.

The ministry revealed that on a visit to fresh produce wholesalers last week, authorities imposed fines on 88 firms for setting unreasonably high prices.