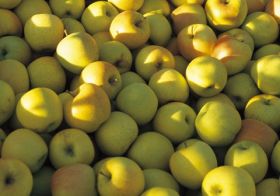 Italian apples do not yet have access to China

Italy has become the first member country of the Group of Seven (also known as G7) major economies to support Beijing’s Belt and Road programme.

A range of points were addressed in the MoU which encompassed 29 separate protocols that were signed by Chinese president Xi Jinping and Italian premier Giuseppe Conte in Rome on 23 March.

These included the export of Italian fruit to China, alongside cooperation between banks, construction companies and Italian ports.

Currently Italy has access for kiwifruit, lemon and blood orange to China.

Italian minister for economic development, Luigi di Maio, said the goal was to level a disparity in trade between the two nations.

“Our goal with these accords is to start to rebalance an imbalance for which there is a lot of ‘Made in China’ coming to Italy and too little ‘Made in Italy’ that goes to China,” Di Maio said.

The Washington Post said Italy’s involvement in the programme gives China a crucial inroad to Western Europe and a symbolic boost in its back and forth pull with Washington.

The European Union has raised concerns over unfair competition from Chinese companies which benefit from the state’s financial backing.