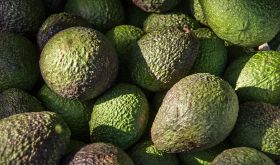 Kenya will supply an estimated 40 per cent of its avocados to China following approval of a new deal that makes Kenya the first African country to export the fruit to China.

Following a visit by Chinese representatives to Kenyan farms which concluded Monday 22 April, the protocol on sanitary requirements was approved for Kenyan avocado.

Daily Nation reported that growers will currently only export frozen avocados until they're cleared to sell green fruit by Chinese authorities.

“The Chinese want frozen fruits because they are still wary of fruit flies, scales, and traceability issues. We hope to address these concerns in due course so that our fruits are fully accepted,” said Fresh Produce Consortium of Kenya chief executive Okisegere Ojepat, who also sits in the Kenya Plant Health Inspectorate Service (Kephis) committee on phytosanitary issues.

Kenya’s president Uhuru Kenyatta met with Chinese counterpart Xi Jinping in Beijing on 25 April to sign an agreement solidifying the avocado deal, as well as promote economic and trade exchange.

Prior to the announcement, Pitches Mwangi, an export expert and owner of China-based Shanghai Solutions International Corporate Group, told Sunday Nation farmers were flocking to their offices requesting his company to export their produce.

Its main markets were Europe, accounting for 42 per cent of the market share, and the Middle East at 28 per cent.

Kenyan exporters are hopeful that China will bring them greater opportunities in its market of over 1.4bn people.