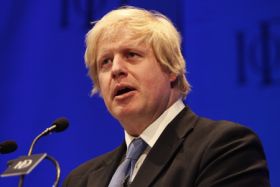 So far, South African fruit producers have been watching from a distance as Britain and the EU try to come to terms with the UK’s exit from the bloc.

Now, with the deadline for Brexit set for 31 October, concern is growing. Much of this renewed concern relates to the arrival of the new prime minister Boris Johnson, at 10 Downing Street.

The South African fresh produce industry has been, for the most part, an interested by-stander as far as the Brexit saga is concerned, but the election of Johnson as new PM seems to have ruffled some feathers.

The realisation that things may be different after 31 October is finally hitting home. The industry bodies are at pains to calm the nerves, but below the surface there is concern.

Last week Anton Rabe, CEO of Hortgro, the deciduous fruit industry body, briefed growers in his monthly newsletter. “At this stage we see opportunities and challenges. Opportunities in the sense that we could possibly see a better Phyto agreement without the complexity of southern European agri politics, especially Spain and to a lesser extend France.”

He said that most of the deciduous fruit exported by South Africa, except apples, are not produced on a big scale in the UK. “There is therefore less chance of business conflict. We will however have to be wide awake as far as the possibility of new tariffs are concerned.”

Rabe explained that in the short term, there was the danger of an unstable trade environment which could affect exports to the UK.

Hortgro’s Jacques du Preez noted that the deciduous industry did not expect Brexit to have a big effect on exports to the UK, at least not in the short term. “However a lot of uncertainty still remains on how it will play out," he explained. "Most of the industry bodies have been leaving the processes involved in the hands of the British and South African governments. Talks are ongoing between South Africa and the UK government.

“Our government has been working closely with the UK embassy in South Africa in setting up bilateral agreements and contingency plans whatever the outcome and timelines of Brexit might be,” said Du Preez. “We believe that when the dust settles it will mostly be business as usual. The UK remains a very important trading partner for South Africa, not just fruit.

“We anticipate that the trade deal with the UK, post-Brexit, will be very similar or the same as the one we currently have with the EU,” he continued. “The deal with the EU will continue as is. We are closely monitoring developments and liaising with the various government departments but don’t foresee any problems regarding trade at this stage, regardless of what Brexit deal the UK and EU will agree (or not agree) on.

Du Preez said that Johnson’s election as new prime minister added a whole new level of uncertainty, although in the short-term he expected the status quo to be maintained for at least the 2019/2020 season.

“Prior to the election of a new South African cabinet the previous minister of the Department of Trade (DTI) indicated that they had progressed well with the draft trade agreement with the UK, should a hard Brexit realise. Implications are far wider than only fruit, so the SA government is totally aware of the importance of a sustainable agreement with the UK. The industry, via FruitSA, will continue to engage on various levels and platforms at our disposal,” he concluded.