In part one of our exclusive interview with Brad McNamara, co-founder of urban farming technology pioneer Freight Farms, we heard about the various driving forces behind the company’s remarkable growth and the development of its hydroponic shipping container farm model. Here, in the second part of the interview, McNamara considers the future of data-driven, IoT-based growing systems including the company’s own Greenery model and explains how such technology has the power to democratise farming for future generations.

Brad, where do you expect the market for container-grown produce to go in the next few years?

Brad McNamara: I think it’s going to continue to grow, there’s no doubt about it. There isn’t the same limiting factor there has been for other food trends. People are spread out to every corner of the world, and locally sourced, locally grown food is always going to be in increasing demand. It’s just one of those things that isn’t going to change. As it becomes more accessible, people will gravitate towards it.

Similar container-based growing systems are cropping up in different countries of the world. What sets your own concept, the Greenery, apart?

BM: A big driver for us was to take and deploy the kind of machine-learning technology available to us in a way that was very approachable for the customer. Today, having a network of farmers that has been growing for years in every corner from Alaska to Guam, we’ve developed a full tech platform that can serve them across the board. 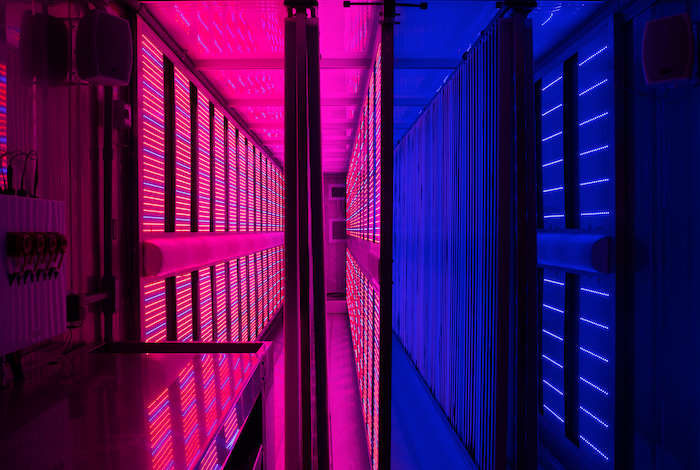 The Greenery is the container system, but it really runs on software called Farmhand, which is that interface that brings everything right to the user’s fingertips. For me, that’s the differentiating factor, where all of that whizz-bang tech is running and you don’t have to learn it all. It just works.

So to be clear, what you describe as the Greenery, that’s the physical farm and Farmhand is a kind of dashboard or app?

BM: Yes, Farmhand is on mobile, tablet and desktop, so it can serve as your operational dashboard. But really what we have built is an IoT platform where all the different data sets and mechanisms within the Greenery feed through there: sensors, valves, light schedules, all of these other pieces are all in one place, so all of the inputs and outputs are connected. That makes it very easy to create the ideal recipe environment and schedule for different plants in different places.

Can someone see an overall picture of everything that’s being grown around the world across the entire network of these containers?

BM: Yes, absolutely. That’s one of the things that has been powerful for growers on the network, the fact that they’re all connected and they can swap and share recipes. All of the units can be remotely controlled and monitored, from virtually anywhere. We can help our farmers with almost anything, including diagnosing crop issues and so forth. One of the things we do is identify potential problems through data analysis. Nine times out of ten we can get to the root cause and tell them what’s happening before they do. Then we can either use it as a teachable moment and allow them to make the correction themselves so they get better over time, or just fix it for them. 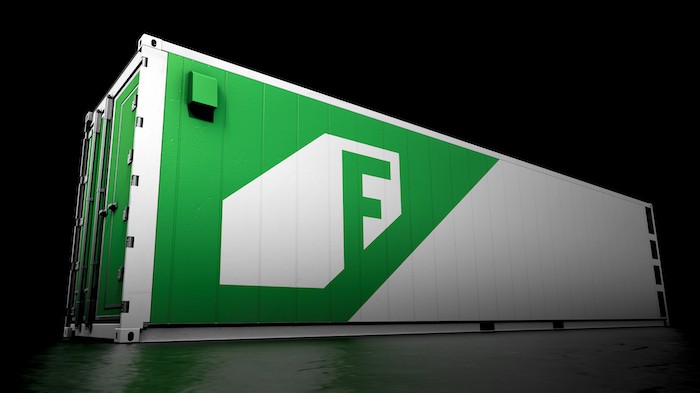 Could you describe it almost as farming for dummies? Is it literally a case of following instructions that Freight Farms provides and then reaping the end product?

BM: On a certain level, it takes requiring a deep knowledge of agtech out of the equation. The whole idea was to streamline advanced technology into something approachable and automated for the operators. As different segments and industries seek supply chain stability and make dramatic moves in the fight against climate change, they’re looking for technology that they can actually implement and use.

For years now, we’ve been training people who haven’t farmed before. We’ve trained more than 500 people to operate the system successfully around the globe and then internalised their learnings into the software – so that for each class that comes through it becomes easier and easier.

Does this mean people running restaurants and other retail outlets are becoming growers?

BM: Yes, we’re seeing the next generation of farmers – a new wave that understands it can be part of the solution itself. We absolutely empower and encourage that involvement, whether it’s through a retail partnership like ICA, through non-profits, or through schools and universities that are implementing the technology. 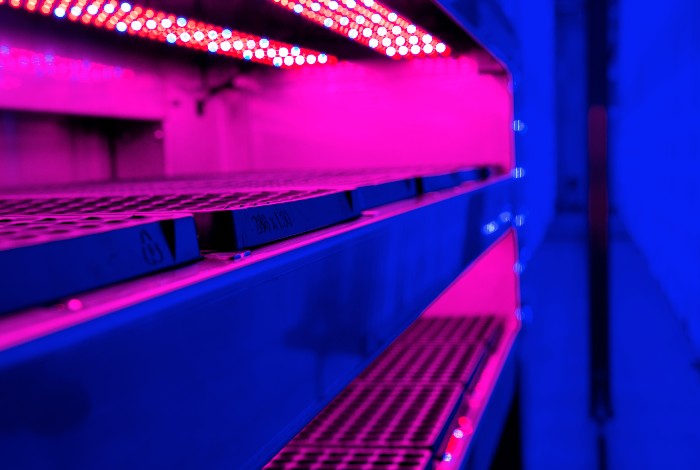 What kind of practical things can these guys control?

BM: The short answer is everything in and around the farm – climate, heat, humidity, light schedules, nutrients, watering schedule, airflow. That all comes together as certain recipes in the software, so when it comes to the plant and the food itself, you ultimately have control over flavour, texture, colour. If you want to make something more bitter, more sweet, more tender or more tough, based on feedback from your market and customers, you can actually have that control.

So could you get feedback on a product, then tweak accordingly?

BM: Yes, and I think that’s what a lot of farmers on our network are doing, to create products that are unique. If you’re in Alaska, you don’t have a local mint or basil grown there year round, but this gives you the ability to have a real conversation about the crop. In a global supply chain, you can’t communicate consumer feedback all the way back to a grower who you may not even be able to find.

Do you have an idea the total volume of crops currently being produced in Greenery containers?

BM: The harvest volume in a Greenery really depends on what crops you’re growing, and if you choose to grow multiple varieties at the same time. For perspective, the Greenery has 70 per cent more growing space within the same 320ft2 footprint than our earlier farm model, The Leafy Green Machine. Depending on the variety and size of the crops, the Greenery also has the capacity to grow anywhere from 3,000 to almost 9,000 mature plants at one time . 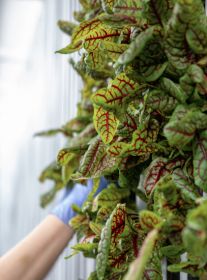 Finally, where do you see the biggest opportunities right now?

BM: We see growth in industries and segments most at risk, so retailers, institutional distributors like universities, and healthcare facilities where food is a core element of what they do but is continually under pressure – be it from the demand of the customer or client they serve, or from the supply chain.

At this point we are in 15 countries. Where we see the most obvious demand is in different pockets throughout North America, as well a tonne of demand in northern Europe – Sweden, the Netherlands, Norway. The Middle East continues to grow as a market, as do island nations that have little food security and are so dependent on imports. Demand is anywhere that has harsh or extreme climates that are not conducive to growing, but where the population requires a higher level of food quality and security. I think when it comes to the demand we’re seeing, it’s the overall theme of decentralisation, which includes overwhelming consumer demand for transparent, fresh, healthy and local.

Click here to read part one of the interview. 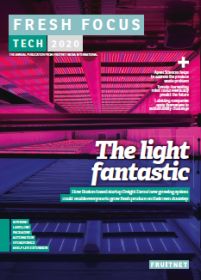