From the use of Artificial Intelligence and robots to same-day deliveries and mobile technology, innovations are multiplying in the battle for retail dominance 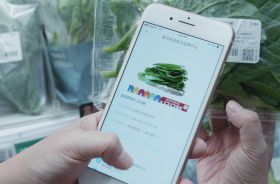 The way we buy food has undergone unprecedented change over the last decade, according to Toby Pickard of retail analyst IGD, with retailers both driving this change and evolving to it.

“We are currently moving into an era of omni-channel shopping,” he told delegates at the Sustainable Foods Summit, organised by Ecovia Intelligence in Amsterdam. “A company like Amazon now wants to sell everything, including food.”

Amazon’s entry into the food sector, initially a response to the growth of online food shopping, is now accelerating the transition away from bricks and mortar stores.

“People don’t necessarily shop at the same retailer anymore,” said Pickard. “They want to be able to shop where they want, when they want and receive the product how they want. In the Netherlands, Albert Heijn is now trialling 15-minute deliveries, for example. This sort of promise is really resetting consumer expectations.”

Pickard advised retailers to keep an eye on retail developments all over the world, looking globally for inspiration and threats, such as the use of Artificial Intelligence.

UK retailer Morrison’s is using AI to identify gaps on the shelves, according to Pickard, reducing them by up to 30 per cent.
“This has now been rolled out across all their stores,” he revealed. “AI can help to deliver relevant messages, either on the shelf or at point of sale, in order to drive sales. In the US, Albertsons delivers marketing messages tailored to who is walking past particular advertising spots.”

Consumers shopping at Albert Heijn can now use screens to purchase bulky items, to be delivered later. “The retailer also puts deep discounts on items that need to be sold quickly,” said Pickard. “Its electronic shelf-life displays use AI technology, helping to reduce average in-store wastage by a third.

At Walmart, robots are used to scan products to find missing items and irregularities. “They are much more accurate and efficient than humans,” said Pickard, “and they free up staff to deal with customers and recommend products. Walmart is looking to roll them out to 300 stores in North America.”

In Russia, Lenta uses robots to greet customers. “It will remember you thanks to the use of facial recognition and can recommend specific products,” said Pickard.

Staffless stores, already a regular feature in China, are being trialled by Amazon Go and Auchan Minute in Europe, while phone apps that allow shoppers to find out particular information about a product have become commonplace, allowing retailers to recommend lower calorie options, for instance.

“The important thing is for retailers to think of the shopper first, rather than introducing technology just for the sake of it,” said Pickard. “Retailers and brands need to work together more in order to meet the changing expectations of consumers.”