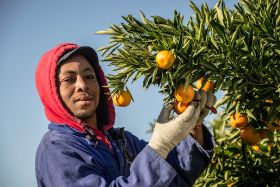 “Consumers and businesses in the UK will continue to benefit from more choice and lower prices on goods imported from SACU+M countries. Major imports to the UK from these countries last year included edible fruit and nuts (£547m) and motor vehicles (£409m)."