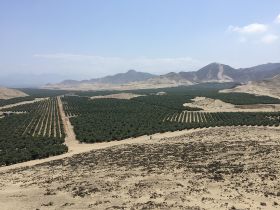 Nine departments of Peru will be free from fruit fly by 2023 according to the Ministry of Agriculture and Irrigation (Minagri), which announced this week that it was intensifying efforts to eradicate the disease in order to boost the country’s horticultural exports.

Peruvian fruit exports between January and September reached US$2.148bn, an increase of 7 per cent on the same period of last year, according to Adex.

Avocados led the charge, accounting for US$740m of the total, a fall of 4 per cent on the year-earlier period. This was followed by table grapes (US$373m), blueberries (US$347m), mangoes, mandarins and bananas.