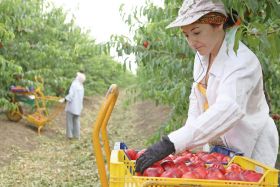 The increase in the minimum wage announced by the Spanish government this week will have serious repercussions for the country’s fruit and vegetable exports, according to the Federation of Associations of Producers and Exporters (Fepex).

It claimed the rise does not taken into account the economic realities and will damage the social and economic sustainability of fruit and vegetable farms.

Fepex noted that the strength of competition from non-EU producing countries, where labour costs can be up to ten times lower than in Spain, means that producers will be unable to pass on the increase to consumers in the form of higher prices.

“The rise, which will be introduced retroactively to 1 January, does not take into account the reality of the most affected sectors, such as the fruit and vegetable sector, where labour represents up to 45 per cent of production costs.

“Nor does it consider the impossibility of transferring the increase in costs to prices, given the globalisation of the community market, with Spain competing with countries like Morocco, with similar products and production calendars but where the hourly labour rate is ten times lower than in Spain.”

The outcome, Fepex claimed, will be less activity in the fruit and vegetable export sector, which employs a high number of low-skilled workers as well as a high percentage of immigrants, since “there is no margin to incorporate the increase in costs, which will destroy jobs in the most labour-intensive crops”.