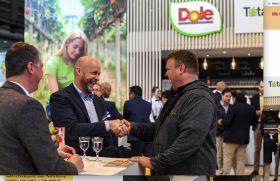 "We are pleased that the group has delivered a strong performance in 2019 with a 41.4 per cent increase in adjusted fully diluted earnings per share," said chairman Carl McCann. "This is the first year to include twelve months contribution from Dole Food Company. The Group acquired 45 per cent of Dole for US$300m on 31 July 2018.

"The Group is monitoring Covid-19 and, while it is too early to form a definitive view, any disruption is not expected to be material," he added. "Trading in early 2020 has been satisfactory and the group is targeting continued growth. The group is also pleased to report a 2.5 per cent increase in the final dividend to 2.5770 cent per share.”