Oranges are not the only fruit, but in this time of crisis they are coming into their own, says Paco Borrás 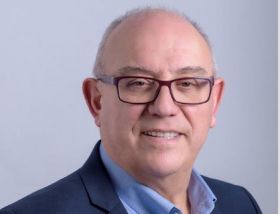 Throughout the more than four decades of my professional life in which I have worked with citrus and fruit and vegetables in general, I have made a series of observations about oranges that now, in the midst of one of the greatest crises the world has faced, have sprung to the forefront of my mind: What is it about oranges – and only oranges, not citrus in general – that has awakened my curiosity as the world finds itself in the grip of coronavirus?

Two things spring to mind: firstly, how many supermarkets use oranges in their marketing material. It is quite common to find an image of some whole oranges, or two halves, in retail branding and promotions, their spectacular colour transmitting freshness and vibrancy. More often than not, the oranges depicted are Spanish Navelinas – why?

Secondly, the vast majority of supermarkets, when developing their own premium label, make sure that Spanish-grown Navelinas, as well as Navels, are included in the range. Clemenules are also included to a lesser extent, along with, more recently, Nadorcott and Tango mandarins.

The volume of Navelinas sold under the premium label has typically been quite small compared to the overall volume of Navelinas that supermarket sell. The reality is that as a whole, the European retailers have tended to use Navelinas and Navels as cannon fodder in their promotions, which has impacted negatively on the producer in virtually all of the last 30 seasons.

Across the board, hypermarkets, supermarket and discounters have sold just a tiny proportion of Navelinas as premium, the rest being destined for aggressive price promotions that have resulted in a low average price being paid to the producer.

And the reason they have been able to do this because the commercial structure of the Spanish industry has allowed them to.

What has been happening across the rest of the produce departments of European retailers in these past 40 years? During that time, the shelf space given over to staples like bananas, apples and citrus has shrunk considerably as new lines like avocados, pineapples and mangoes have been added.

In this past decade especially, we’ve seen considerable expansion in the berry category, which has evolved from a seasonal supply of strawberries to year-round availability of strawberries, blueberries, raspberries and more.

But oddly, while different retailers have maintained their premium branding system for oranges, they have not extended it to most of their newer products – products that have gone on to outpace traditional lines in terms of sales growth.

For example, let’s compare Spanish citrus and berry exports between 1995 and 2019 using data from Instrastat, as in the chart below.

If we add exotics into the mix, it’s clear from this chart that oranges have lost more and more ground as time goes by. But retailers have not adjusted their strategy accordingly.

The two observations I noted at the beginning of this article continue to be relevant: oranges are still used by retailers to showcase their fresh offer, and practically all of them continue to sell a premium orange, usually belonging to the Spanish Navel group.

Younger retail buyers, fresh out of business school and well-trained to analyse shelf-space and consumer trends, may have discussions with their managers about the value of giving so much prominence to a product that has been losing weight compared to newer lines. It is even possible that new marketing managers might find this situation curious.

Yet there is has to be a reason why the supermarkets still choose to use oranges as a symbol to represent their entire fruit provision.

And now the coronavirus has arrived. Retail sales have rocketed to levels no one could have imagined. Initially, sales of toilet paper, chicken, milk and other products grew rapidly. So too did sales of fruit and vegetables in general. However, as the days have go on, very clear trends have begun to emerge.

Citrus sales have outpaced those of other products, particularly oranges and lemons. This is all the more curious when you consider that the people going to the stores are younger than usual as they try to protect elderly relatives by keeping them at home.

The Spanish citrus sector has responded perfectly to this surge in demand and kept stores fully stocked both in Spain and throughout Europe. And it has done so an orderly manner, without speculation and solving logistical problems in the field, in warehouses and in other parts of the supply chain as and when they have come up.

Even now, consumers throughout Europe are making frequent and repeat purchases of Spanish citrus in all kinds of stores. Even young people, who are much more drawn to innovation.

At this moment, shopping habits are not being influenced by promotions or advertising campaigns. Consumers are instinctively turning to oranges to satisfy their craving for healthy products that will improve their wellbeing. What’s more, they are seeking out Spanish oranges, which have been grown by European farmers on the same continent, which has allowed them to be transported from tree to shelf to any country in Europe within a maximum of one week – even amidst the turmoil caused by the coronavirus crisis.

What happens after coronavirus?

These subconscious decisions are influencing consumer behaviour now, but we all know that people have short memories and later, when normality returns, this may no longer be the case.

Nevertheless, professionals in the industry can draw some very relevant conclusions, namely that consumers truly value oranges; that European oranges feed Europeans; that even a mature category like oranges is important when it comes to improving the health of young and old; and, perhaps most importantly, that Spanish operators have not known how to value oranges, how to defend them in the market for the benefit of the entire supply chain, but especially the producer.

Thanks to this crisis, we can show retailers that it’s worth valuing a product such as European oranges, grown by European farmers, and that without doubt are the best oranges in the world.

I am convinced that retailers will continue to use the image of Spanish oranges as an image of freshness and health, and that they will continue to keep them within their premium product range for many generations to come.

Paco Borrás is chairman of the Export Committee at Freshfel and former commercial director of Anecoop, analyses the impact of the coronavirus outbreak on Spain’s fruit and vegetable industry