Having delayed retirement to tackle the coronavirus crisis, the Dutch industry leader talks about his biggest challenge yet 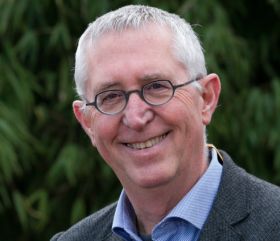 Gert Mulder, general manager of Dutch industry body GroentenFruit Huis, had already begun saying his goodbyes to people across the industry as he prepared to retire officially on 13 May. But with the coronavirus crisis throwing up many different challenges for the Netherlands’ fresh produce sector, he opted to postpone his departure and instead help safeguard its future, starting with securing financial support for several different companies and organisations and backing a new consumer healthy eating campaign. Here, in an interview translated from the original article on the GroenterFruit Huis website, Gert discusses the value of such an association, where every link in the supply chain, from import to export, from producer to foodservice specialist, is important.

Gert, you’ve experienced a great deal in the fruit and vegetable business, but the coronavirus crisis presents an entirely new experience even for you. What’s been your reaction to recent events?

Gert Mulder: This is the third crisis in my career at GroentenFruit Huis. First we had the EHEC crisis, then a few years later the Russia boycott took a big toll on our sector, and now the corona crisis. I must say that this is the most serious crisis. It has quite a diverse effect on the fruit and vegetable sector. I have never seen so many different things arise for our members. At one company, work can keep going as normal, but other companies have come to a complete standstill. You can see that ultimately the effects of the crisis – on labour, product availability and product ranges – have an impact on everyone.

What I’m also seeing in a crisis for the first time is that we as a fruit and vegetable sector are not alone. This is a crisis that, unfortunately, we are fighting alongside other allies. That doesn’t make it enjoyable, but it does offer some perspectives. Political attention is high. If I compare that to the how much attention politicians paid during the Russian ban, there is a world of difference. Politicians have taken the lead in supporting business, we have short lines of communication with them, and they are asking us what help we need and how effective it is.

At the same time, the nature of the corona crisis makes it much more complex. We are looking not only at the major problems, but also at the longer term. You cannot solve this easily. The Dutch fruit and vegetable sector supplies to more than 150 countries worldwide and also imports from a large part of those countries. We are faced with many uncertainties. This crisis will leave traces for years to come, both in the fruit and vegetable sector and throughout the economy.

What is your role within the coronavirus working group of GroentenFruit Huis?

GM: As management, Richard Schouten and I have divided up the tasks. Richard takes care of crisis coordination and is acting as a spokesperson, as well as staying in contact with a large number of other lobby groups, among others.

I am on the front line when it comes to support measures for horticulture, contact with [employers’ federation] VNO-NCW, politics and everything relating to support measures. In the beginning, I also had a lot of help from a group of industry CFOs that put me on the right track in terms of credit insurance, emergency employment bridging measures (the NOW scheme), and the adverse effects on the sector.

I am happy that this division of labour is there, so I can properly identify the areas of interest and focus my attention on specific topics.

Having a large and good network is essential in times of crisis, isn’t that right?

GM: That's right, it allowed us to set up our lobby group quickly and I am very grateful to our network for that. We were on top of the important topics. GroentenFruit Huis is highly valued as a professional representative of the sector. It feels very good when I read my own comments in cabinet-level texts, partly thanks to the backing of our supporters.

Which topics have been on your agenda in recent weeks?

GM: Highest on my agenda is the extra support measures for food horticulture, an area in which as an association we have been able to play an important role. Other topics include: the NOW scheme, which does not respond to seasonal effects; the application of that scheme in operating companies; the credit insurance guarantee fund; and the support measures specifically for horticulture – food horticulture in particular – to address major consequences in foodservice. I have also been summarising the effects on companies, looking at how the crisis is unfolding and estimating the damage. This is information that the ministries need, for example. It also underlines the importance of GroentenFruit Huis as an association, because otherwise we would never have been able to get so much information on the table.

During such a crisis is the importance of an association actually emphasised even more?

GM: That's right, having an association is very important. We used to have product and company boards and we funded them as a sector, whereas today we only have the voluntary membership of GroentenFruit Huis, which is now proving its importance. As an example, compare our sector with floriculture, where all growers are registered with an auction. That’s not the case with food horticulture, which makes it difficult to provide information quickly in times of crisis. GroentenFruit Huis has a good overview of the sector, which is highly appreciated. I am happy that we can now play our part.

With the support measures for horticulture, are you happy with what’s been achieved (so far)?

GM: I am very satisfied with the lobby group’s progress. As I mentioned earlier, I also had a lot of support from my network here, which allowed us to act quickly. It is important that we are now seen as a complete food horticultural cluster and that support measures respond to this. The entire grouping is seen as one entity, from producers and importers, to Dutch wholesalers. That is unique. The support measures are for everyone, but especially for foodservice companies that are most affected.

We should not be dissatisfied with the results. You don't get everything, but we have been heard and we’ve raised attention to things in the right places. We got there on time.

In the near future, we will look closely at the next stages. Together with the VNO-NCW we have identified four phases, ranging from acute care to the recovery phase. Now we are mainly working on measures regarding liquidity. The next phase will focus on recapitalisation and innovation. What measures are needed to best promote recovery? We are looking ahead. A number of markets will have changed as a result of the crisis. Shifts are taking place between channels and this can affect product ranges. Companies must take a good look at this and innovate in order to keep up. Foodservice has contributed enormously to innovation in the marketing of fruit and vegetables. If this connection fails, what happens?

Incidentally, I would like to add that a number of people deserve praise for their help and commitment. These are Jaap Bond, Niek Jan van Kesteren and Adri Bom. They have made the difference and brought a number of our proposals directly to the minister’s attention. Thanks to this structure, we have got really good access to the cabinet. I think I've said it before in this interview, but this is also unique.

What is being planned as far as support measures in the near future?

GM: We are in close consultation with other parties, especially within VNO-NCW. What opportunities do companies get and what contribution can we make? If everything slowly opens up again later, this must be done in a sensible manner. As the market picks up again, a number of problems will 'disappear' and new ones will loom again. This also has consequences for the support measures and their use. Together we are thinking about the different scenarios. GroentenFruit Huis has outlined its vision on this and shared it with the ministry.

There is more on my schedule in the near future. The corona crisis has dominated in recent weeks, but my attention is also focused on other pending matters: the pension fund transition, for example, or the long-term position of the Netherlands Food and Consumer Product Safety Authority, cost analyses and of course Brexit. Because that could almost end up being forgotten.

On another note, you’re due to retire soon. Maybe it's not time to say goodbye to the sector just yet?

GM: I will say goodbye to GroentenFruit Huis and to the sector at the general members' meeting on 13 May. I thought Brexit was going to be my swansong, and I could not have predicted my last months at GroentenFruit Huis would be like this. My farewell was postponed for the sake of continuity and that was a decision that was made quickly. I have nine years of experience and have built up a network internationally and with the government, but I also have a lot of knowledge of the companies and the sector. I can now use this to the maximum. I am happy that I can still do this and do something for the sector.

If the corona crisis had been right after my farewell, I would have come right back to help and put out the fires. This is not to say that the sector cannot do without me, but now the experience is easily transferred. I cannot abandon the sector, I am not like that as a person. This situation also shows the good cooperation Richard and I have between us, and also with all employees of GroentenFruit Huis. We are a good team!

The general meeting of members and my farewell are now (for the time being) scheduled for 29 September. Shaking hands on a nice cooperation is probably not yet possible. But we will probably come up with something else.

Finally, do you have a personal message for our members?

This interview with Gert Mulder originally appeared in Dutch on the GroentenFruit Huis website.