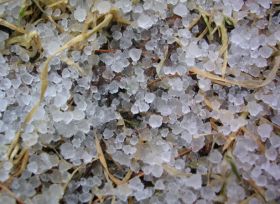 Catalan fruit association Afrucat has cut the region’s stonefruit forecast by 28 per cent following a spell of inclement weather and localised hail storms in the first two weeks of June.

The companies affected stressed that with the exception of a few specific cases they would be able to meet the requirements of their supermarket programmes during the course of the season.

With the low temperatures seen in many parts of Europe curbing demand, the fall in production could act as a buffer to prevent prices from falling, as has been in the case in previous seasons, Afrucat noted.

This will be the first time in more than ten years that the Catalan peach and nectarine harvest does not reach 400,000 tonnes. It could fall to 350,000, we below the 413,050 tonnes originally forecast in May.

According to Afrucat director Manel Simon, “those who are going to suffer the most this summer are operators looking to buy on the spot market, where there will be a shortage of fruit”.