Two peer-reviewed studies found that fruit and vegetables are not immune from the widespread contamination of our food, water, soil and air by microplastics 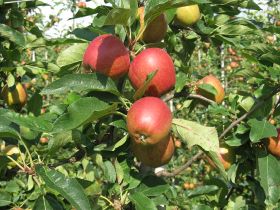 According to the first study, by University of Catania scientist Margherita Ferrante, apples are the most contaminated fruit while carrots are the most affected vegetable.

Published this week in the journal Environmental Research, the report calls for an urgent review of the impact of microplastics on human health.

Sian Sutherland, co-founder of environmental campaign group A Plastic Planet, called for an urgent investigation into the impact of micro plastics on human health. "Now more than ever we must listen to the scientists," she warned, "not the plastic lobbyists.”