Blueberries buck trend, seeing an increase of just over 7 per cent on last season according to Freshuelva 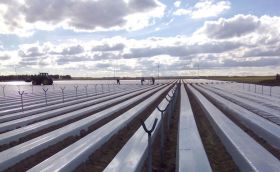 Huelva’s berry acreage will remain broadly stable for the 2020/21 campaign, with total plantings of 11,630ha, a fall of 1.8 per cent on last season.

Grower-exporter association Freshuelva has reported that, according to the data provided by its member companies, there are 6,105ha planted with strawberries, a contraction of almost 2 per cent on last season’s total of 6,217ha.

The blueberry is the only berry that has seen an increase in its surface, with acreage up 7.2 per cent to 3,310ha. This is due mainly to plants entering commercial production for the first time.

Within the blueberry category, there has been a marked increase in varietal diversification, especially toward early cultivars that can be in the market from the beginning of the year, of even during the Christmas holidays.

By contrast, raspberry acreage is down 10 per cent from 2,300ha to 2,070ha. This is divided between varieties with autumn and spring harvesting windows. Blackberry acreage is similar to last season at 145ha.

Freshuelva said the figures underscored the sector’s commitment to diversification, thereby guaranteeing the presence of Huelvan berries on the market for almost nine months of the year.

The new production season saw widespread rainfall after planting, which have mostly been good, although a tornado and heavy winds in the western part of the province have caused localised damage, mainly to raspberry and blueberry plantings, the association noted.