Russia has announced a ban on imports of greenhouse tomatoes and peppers from Uzbekistan’s largest export region, citing ToBRFV concerns 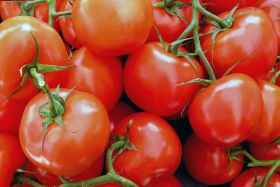 Russia has banned imports of greenhouse tomatoes and greenhouse peppers from the Fergana region of Uzbekistan, according to Rosselkhoznadzor, Russia's Federal Service for Veterinary and Phytosanitary Surveillance, following the detection of tomato brown rugose fruit virus (ToBRFV).

Andriy Yarmak, an economist at the UN's Food & Agriculture Organisation, told East-Fruit that the ban would have a major impact on Fergana, a highly export-oriented growing region.

“Fergana region, according to our estimates, is one of the largest producers of greenhouse vegetables in Uzbekistan, being second only to Tashkent and Samarkand," he said. "Also, whereas the Tashkent region focuses on supplies to the capital of the country and the domestic market, Fergana is precisely an export-oriented production region. Therefore, this ban will undoubtedly negatively influence the greenhouse industry in the region and lead to lower domestic prices for greenhouse tomatoes and peppers.”

However, one anonymous trader informed East-Fruit that if the ban applied to just one region of Uzbekistan, supplies from Fergana to Russia might continue while "officially" coming from other regions. The same source said that Uzbek greenhouse vegetables had previously been sold to Russia through Kyrgyzstan and Kazakhstan, members of the Eurasian Economic Union (EAEU).

Rosselkhoznadzor's report stated: “The Federal Service for Veterinary and Phytosanitary Surveillance will introduce a ban on the import of tomatoes and peppers into Russia from the Fergana region of the Republic of Uzbekistan from November 26 2020. This measure was taken due to the detection of the tomato brown rugose fruit virus (ToBRFV) in tomatoes and peppers from this region of Uzbekistan.”

According to East-Fruit, the importance of boosting quarantine controls on Uzbekistan's greenhouse products can scarcely be overstated, since repeated detection of ToBRFV could lead to a total ban on exports, and Russia is essentially the only market for Uzbek greenhouse vegetables.