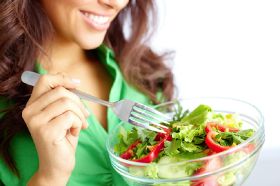 Fresh fruit and vegetable consumption in Spanish households grew 10 per cent in November when compared to the same month of 2019, according to the latest statistics from the Food Consumption Panel of the Ministry of Agriculture, Fisheries and Food.

It continues the growth trend seen throughout the year, with consumption for the January-November period rising 11 per cent, with Fepex attributing the increase to the coronavirus pandemic.

In November 2020, Spanish households consumed 669m kg of fresh fruit and vegetables, of which 341m kg were fruits, 238m kg were vegetables and 90m kg were potatoes.

Household spending on fresh fruit and vegetables in the first eleven months of 2020 was €13.498bn, 19 per cent higher than in the same period of the previous year.

"The growth in the consumption of fresh fruits and vegetables in households in 2020 has been driven by periods of total or partial confinement due to Covid-19," Fepex said. "In the months of total confinement, the demand in homes grew very strongly, with 40 per cent in April and 22 per cent in May.

Freshfel Europe recently launched the latest version of its Consumption Monitor, with data taken from 2018 showing an overall growth in EU fruit and vegetable consumption of 4 per cent year-on-year.