Demand grew for imported products including kiwifruit and pineapple 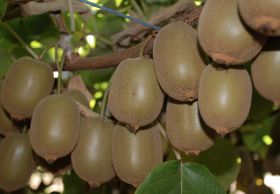 Imports of fruits and vegetables into Spain increased 6 per cent in February when compared with the same month of 2020.

According to Fepex, fresh produce import volume grew to 289,444 tonnes, while rising in value terms by 5 per cent to €273m.

For vegetables, the volume imported in February by Spain was almost the same as in February 2020.

Vegetables saw a slight increase of 0.4 per cent in volume, standing at 142,380 tonnes, while value decreased by 15 per cent, totalling €75m.