Organisation launches cookbook to encourage consumption of the fruit 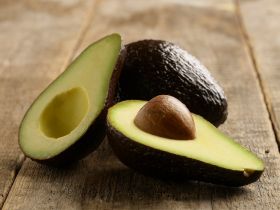 The World Avocado Organization (WAO) is highlighting the nutritional benefits of the fruit by launching Avocados in Bloom, a free cookbook with over 50 original recipes.

According to the non-profit organisation, which was founded in 2016 and represents the main producers, exporters and importers of avocados around the world, the launch coincides with not only World Guacamole Month, but also with some of the world's most prolific sporting events such as Euro 2020 and Wimbledon.

As a result, British shoppers can save £2 on every bag of five avocados they buy at Costco until the 18 of July, WAO confirmed.

Consumers will also get access to tips on how to pick the perfect avocado, free recipes and more thanks to the QR code on the mesh bag band.

“Our health is our most valuable asset," said Xavier Equihua, chief executive of the WAO. "It has been a long year and a half for many who have been confined by Covid-19 restrictions. But now there is light at the end of the tunnel as all the world's most enjoyed sporting events return to our screens. Whether you are an athlete or a spectator, let the avocado work its magic as the ultimate sporty snack.”