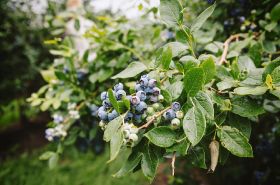 As the Belgian berry season reaches its peak, cooperative BelOrta is highlighting the benefits of buying locally produced berries, for the taste, the environment and the local economy.

“Traditionally, the summer brings a peak in the production of berries and there is also plenty of Belgian production,” the cooperative stated. “In addition, the berries are of good quality and packed with flavour. This is therefore the perfect time to opt for locally grown berries and thus support the Belgian producers of these summer delicacies.”

BelOrta stresses the long history of berry production in Belgium, including the cultivation of blueberries for more than 30 years.
“That history ensures that the consumption of berries has grown steadily over the years,” the cooperative said.

Average consumption of fresh berries in Belgium has reportedly increased by nearly 300 per cent over the last ten years, according to GfK Belgium.

BelOrta said that this growth was in part due to the increase in meal occasions for berries, with the fruit increasingly being consumed at all times of day, as part of a meal, as a snack, or even in cocktails.

According to the cooperative, a combination of choosing the right varieties and using sustainable cultivation techniques helps to spread volumes over the course of the campaign and also extend the season.

“At BelOrta, for example, there are blueberries until October, raspberries until the autumn holidays and homegrown blackberries until the holidays,” the cooperative stated. “In addition, almost all our berries are also available in organic and are offered in a range of packaging.”

BelOrta revealed that it was putting its berry range in the spotlight this summer with a new campaign on the radio and via digital channels. “In addition, [TV chef] Sandra Bekkari has started working with our berries and cherries,“ the cooperative added. “The result of this can be seen on our social media.”