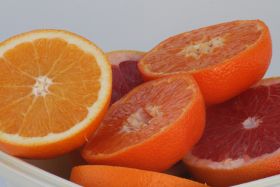 South African and European Union representatives are in intense discussions to alleviate the impact of a steep rise in reported Citrus Black Spot (CBS) and False Codling Moth (FCM) interceptions on citrus shipped to the EU.

The South African industry is extremely concerned about the fallout from these interceptions, which comes at the end of a very difficult shipping season.

The campaign was marked by delays because of the riots in some South African regions in July, inefficiencies in ports and the systems of the Transnet organisation being hacked with valuable information lost.

These events in July 2021 caused the stranding of 300,000 pallets of citrus at any given time between packhouse floors and ships, on farms, in trucks, depots and in the Durban Port over a period of four weeks.

Even when the supply chain began to move in early August, the mismatch between in and outbound vessels [and market destinations], fruit available in ports and along the supply route and dry cargo imports compounded the already disastrous situation.

Deon Joubert, Special CGA envoy, market access and EU matters, said it was clear that South Africa would find it hard to control those unprecedented challenges with its existing extensive CBS and FCM mitigation programme, which has cost growers billions of rand since it was introduced to comply with EU requirements.

“We need to safeguard our exports to the EU," he said. "It is clearly time for cool heads on both sides of the ocean.

“Our growers will have to revisit their compliance programme and submit new proposals to the EU on how to deal with this kind of situation," Jounert continued. "At the same the EU and its members have to understand that we have a proud record of responsible actions and that we have faced a really unusual year.

“It is going to be a difficult few weeks’ of negotiations and finding common ground. We are still very responsible trading partners."

Jounert noted that South Africa had been key suppliers of citrus to Europe for more than a century.

“A key part of being able to employ 140,000 people and provide a livelihood for 1.4m people is the ability to supply our customers in the EU," he added.

South African growers will now have to await the outcome of the negotiations, with the next three weeks determining the prospects for 2022 and the future.

Growers will have to accept that in the situation now playing itself out, the normality of trade often comes second. It will not be the last time that fruit growers are subjected to these kinds of challenges.