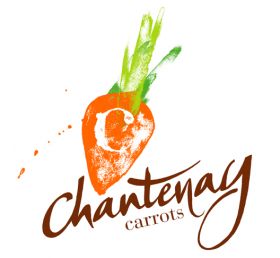 Freshgro commissioned independent phytochemist Dr Hazel MacTavish-West to conduct research into the flavour and health properties of Chantenay carrots, including their beta-carotene, vitamin A, C and D levels, ability to combat macular degeneration and anti-carcinogenic properties.

The campaign will focus on the way in which Chantenay carrots are grown to maximise sugar levels as well as the variety’s high levels of beta-carotene, which boosts the immune system, improves skin, promotes healthy cell growth and aids eyesight.

As part of the promotional push, Freshgro will position Chantenay as having ‘nine carat goodness’, focusing on the fact that nine leaf Chantenay carrots are stored naturally in fields under a thick straw covering to develop their sugar levels over the winter months.

The cooperative said it hoped the new approach would help to promote the “huge amount of care and attention to detail that goes into producing Chantenay and will emphasise the tremendous value it offers”.

Martin Evans of Freshgro said the promotion would aim to build on the cooperative’s achievements with the variety over the past nine years, which helped to increase annual sales of Chantenay in the UK to €6.3m last year.

Mr Evans said: “This marks a step change for our hugely successful Chantenay campaign. We want to continue to drive trial and repeat purchases by ensuring we convey to consumers, with the backing of modern science, the significant health benefits of eating delicious, full-flavoured Chantenay carrots.”

Freshgro has 90 per cent of the UK Chantenay market, selling over 300 tonnes per week and now supplies every major multiple from high-end retailers to discounters. In addition, Freshgro supply Chantenay to retailers in Ireland, France, the Netherlands, Belgium and Germany.