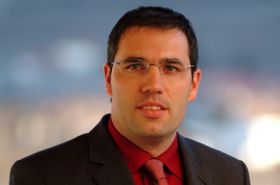 One of Europe's leading organic fruit companies has revealed that consumers who normally switch between conventional and organic produce in key markets like Italy and Germany are increasingly unwilling to pay extra for organic products.

Gerhard Eberhofer, organics manager at Italy-based apple marketer Bio Val Venosta, says 2009 is proving to be a more testing year for the organic sector as a result of the continuing economic downturn.

"This is not an easy year," he explains. "The crisis is also being felt in our sector. Sales are going reasonably well, but there is more competition on the market.

According to Mr Eberhofer, around 10-15 per cent of all consumers are regular purchasers of organic products, while 30 per cent are not interested and 50 per cent switch between conventional and organic.

It is in this last group where the downturn is being most keenly felt. "These consumers' changing preferences have the greatest influence on the sector," he says. "This year, they have been more reluctant to buy organic compared with last year."

Bio Val Venosta, which is part of VI.P – the Val Venosta Cooperatives Association, is responsible for around 35-37 per cent of total organic fresh apple sales on the Italian market.

The company recently completed a new packhouse which is capable of handling some 150 tonnes of produce at any one time.

The group has also invested €1m in new machinery aimed at further improving quality and traceability.