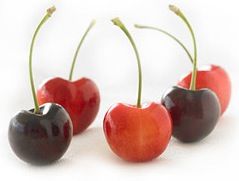 The global production of fresh cherries is set to rise by 13 per cent in 2009 to some 2.3m tonnes in comparison to last year, according to a report by Argentinean publication Diario Río Negro.

The increase comes on the back of good growing conditions in the US and Turkey, which represent 42 per cent of the global crop.

According to the Rural Development Institute of Mendoza (IDR), the cherry production in the northern region of Argentina will reach 3,086 tonnes in 2009 – down 65 per cent on last year’s total.