European marketers will have smaller volumes of key varieties like Golden Delicious, Gala and Jonagold to play with in 2010/11 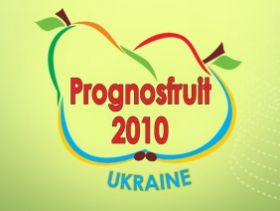 The commercial prospects for this year's EU apple crop, forecast to be down 11 per cent on the previous season and – at an estimated 9.8m tonnes – the second-lowest harvest for 15 years, are likely to be influenced greatly by an anticipated fall in production of all the continent's major varieties.

According to forecasts published at the end of last week during the annual Prognosfruit meeting, which was held this year in the Ukrainian capital Kiev, volumes of the most common varieties – including Golden Delicious, Gala, Idared, Jonagold and Red Delicious – will all be down significantly on last season.

Notable decreases in production of Idared, Shampion and Golden Delicious will account largely for an overall 24 per cent downturn in Poland's apple output this time around.

In Italy, overall production is set to fall 3 per cent to 2.17m tonnes, with a similar 4 per cent decrease in France to 1.58m tonnes.

Meanwhile, Belgium's apple crop is expected to shrink by 27 per cent on last year to 251,000 tonnes, perhaps the biggest casualty of a pan-European decline in production of Jonagold and Jonagored across Europe.

Across the EU-27, Golden Delicious volumes are set to fall 8 per cent to 2.43m tonnes, Gala volumes by 7 per cent to 1m tonnes and Red Delicious by 8 per cent to 663,000 tonnes, all compared with the previous season.

Bucking the trend in terms of varieties is Fuji, production of which is forecast to rise by 3 per cent year-on-year to 254,000 tonnes.

The only other varieties set to grow this season in Europe are Morgendurf (also known as Imperatore) which will recover from an off year in 2009 by rising 34 per cent to 89,000 tonnes, and the relatively minor cultivar Stayman, set to rise 7 per cent to 17,000 tonnes.

More details will be published in the September issue of Eurofruit Magazine. To reserve your copy, please contact: