Report claims the US and Canada combined have become the world’s largest market for organic food and drink, ahead of Europe 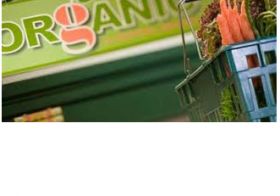 North America has overtaken Europe to become the biggest organic food and beverage market in the world as the global organic industry continues to recover from the economic downturn, according to a new report from Organic Monitor.

“The European market for organic food and drink has been most affected by the financial crisis,” the organisation said in its Global Organic Food & Drink Market report.

Meanwhile, the group claims “healthy growth” is continuing in the North American market, causing it to overtake Europe to become the world’s largest organic sales destination in 2010.

Additionally, the German market (the largest in Europe) showed no growth, while, in contrast, the organic products market in some European countries (including France and Sweden) showed resilience, expanding by over 15 per cent.

Internationally, the organic food and drink market has reportedly seen its growth rates slow to just under 5 per cent per year during the recession, compared with several years of double-digit growth previously. But Organic Monitor’s report said that the sector is beginning to pick up.

“Healthy growth rates are resuming as 'mainstreaming' of organic products continues. A major driver of market growth in all geographic regions is increasing distribution in mainstream retailers,” the market research organisation said.

The US organic market has held up better than other regions, according to Organic Trade Association figures, with sales of organic food more than tripling since 2000, from representing 1.2 per cent of total food sales to 3.7 per cent last year, to reach US$24.8bn.

And the organic sector has continued to grow at a faster rate than the US food industry as a whole. US organic food sales were up 5 per cent last year, while general food sales grew by just 2 per cent. Organic Monitor said that revenues are projected to approach US$60m this year.

Despite the growth in North America, however, the organisation noted that supply continues to fall short in many organic product categories, leading to imports from various countries.

Latin America in particular has become a major source of organic fruits, vegetables, meats, seeds, nuts and ingredients for the North American market.