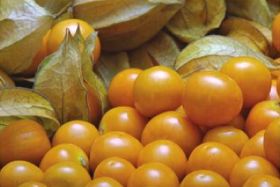 The Colombian uchuva (physalis) sector has received Fairtrade certification for 130 growers of the exotic fruit, according to a press release from export and promotion agency Proexport Colombia.

After a two-year process supported by Proexport Colombia, the government of Boyacá and the Chamber of Commerce in Tunja, the sector has been certified by the Fairtrade Labelling Organizations International (FLO).

Achieving Fairtrade status will allow the country to establish a base price for its physalis on the international market and proves Colombia’s commitment to social and environmental responsibility, according to Proexport Colombia.

“Market trends and consumer demand are constantly evoling and Colombia has risen to the challenge of the most demanding markets,” a spokesperson for Proexport Colombia explained.

“The production of Fairtrade physalis is proof of the level of competitiveness Colombia can offer at an international level with exotic fruit.”