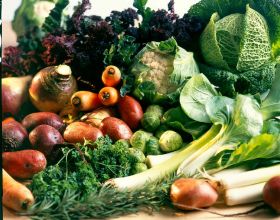 Vegetable giant Produce World Group has posted a profit of £3.9 million before tax and interest, and has reduced its debt from £26 million to less than £6 million.

Speaking following the announcement of annual results for the year ending 30 June 2013, chairman Neil Fraser said the business has completed a successful turnaround over the past three years.

He also confirmed the company is now in a strong position for the future.

He said: “The past three years have been challenging for the whole industry and for Produce World Group in particular.

“I can’t speak too highly of all the staff and the management team who have overseen a massive turnaround in the business. This year we will make a profit before interest and tax of £3.9 million, while our debt, which stood at some £26 million at the end of June 2011, has been reduced to less than £6 million.  This represents a profit of 1 per cent after tax.”

He said: “It has been a good year in many ways. Positive employee engagement scores, as measured by the Great Place to Work Institute, increased from an average of 47 per cent to 64 per cent across the company.

“I am confident that business opportunities with existing and new customers, together with investment in our operations and colleagues, will yield even greater improvements in performance in the future.  The coming years will be an exciting time for the produce sector in which Produce World Group is, and will remain, a key player.”

Produce World Group was founded by the Burgess family in 1898, and sources produce from its own farms, joint-ventures, and collaborative working with dedicated grower groups.